200
swing
Main Menu
You are here: Home » Rescue at sea » New Zealand yachtsman leaps into the arms of his rescuers

New Zealand yachtsman leaps into the arms of his rescuers

Yachting Boating World: Paul Christenson was sailing in rough seas in the Bay of Plenty, New Zealand when his yacht suffered steering problems. He was forced to leap from his boat to safety. 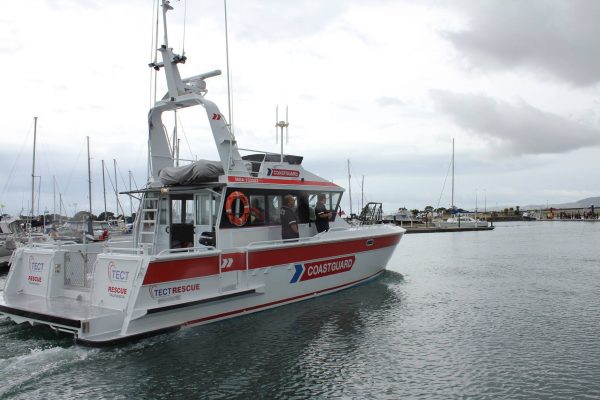 Solo skipper Paul Christenson was sailing his 28-foot yacht, Windsong, from Auckland to Dunedin in New Zealand when the vessel suffered steering problems.

He decided to head towards Tauranga. But, unable to continue battling against 35 knot winds and rough seas, he set off his EPIRB at just after 8pm on 9 August.

On arrival, the 54-year-old skipper was forced to leap from his yacht into the arms of the coastguard. Speaking to New Zealand’s SunLive, Christenson said: “I’m lucky they have strong arms”.

The skipper had been moving his yacht from Auckland to Dunedin, after moving there with his wife, Michelle. She managed to get a message over the Maritime National Radio to Christenson while he waited for rescue.

Christenson said he had checked the forecast before setting sail and believed he had plenty of time to get to his destination. However, the conditions became “ugly”. He said he was exhausted by the time help arrived.

“I had got my wife’s clothes off the boat, but left my new clothes and heart medication behind. My priorities were all screwed up,” he said.

Windsong remains off the Bay of Plenty. It is not clear if the yacht will be recovered.