Skipper complacent about dangers on Enterprise

Yachting Boating World: An investigation has found the crew and the firm which owned the Enterprise were all “complacent” about the dangers of working on board. 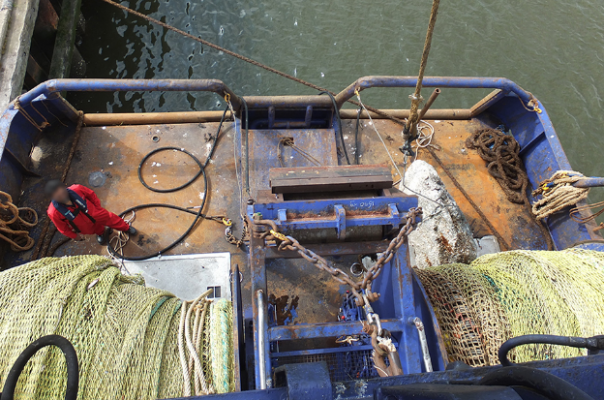 The Marine Accident Investigation Branch (MAIB) has now released its report following the death of the skipper of the UK-flagged fishing trawler, Enterprise.

Jan de Boer, 51, fell overboard on 9 July 2015, through one of the vessel’s ports for shooting fishing nets. He had lost his footing in rough weather.

Jan de Boer was not wearing a lifejacket or other buoyancy aid.

This went against his own rule which required all crew to wear self-inflating lifejackets when working on deck.

The Enterprise was 16 nautical miles north of the Dogger Bank in the North Sea when the accident happened.

A Mayday was not transmitted until approximately 40 minutes after the skipper fell overboard. The crew took between 30 and 40 minutes to recover de Boer. Their subsequent efforts to resuscitate him were unsuccessful.

The MAIB report highlighted a number of safety issues.

It found the permanently open shooting ports on the Enterprise did not comply with the bulwark height requirements and presented a hazardous working area for the crew.

The unsafe nature of the shooting ports had also not been recognised by the vessel’s Dutch owner, the Maritime and Coastguard Agency (MCA) or the crew.

“In common with the rest of the company and the crew, it is apparent that the skipper had become complacent about the dangers of working in the vicinity of the shooting ports,” said the report.

“Safe working procedures, including the wearing of appropriate clothing, footwear and lifejackets were not adhered to and, sadly, the skipper’s decisions in this regard were not challenged by his crew.”

The MAIB also found the onboard risk assessment regarding falling overboard was “inadequate” and that man overboard drills were “inadequate and infrequent”.

“Increased familiarity with the man overboard recovery equipment available on board and frequent man overboard drills would have helped the crew in their efforts to recover the skipper from the sea,” said the MAIB.

There were also no contingency plans for the loss or incapacitation of the skipper.

The report also stated that the vessel’s owner, Ekofish Group, had not reported another man overboard incident that had occurred three weeks earlier.

It had involved the brother of de Boer, who was the skipper of Ekofish’s other vessel, Annegina.

He fell overboard during fishing operations. At the time, the sea conditions were benign
and a crew member jumped into the water and rescued the skipper.

“This incident was not reported to anyone – including the MAIB – and, despite repeated requests by the MAIB, Ekofish has not been forthcoming with any further details about the incident,” said the report.

The statutory crew competency requirements on the Enterprise were also not met.

The trawler was carrying more crew members than was permitted, including the 13-year-old nephew of de Boer.

The MAIB said the MCA had now revised the relevant Merchant Shipping Instructions to Surveyors to ensure that the bulwark height requirements are properly applied to all UK flag fishing vessels.

The MCA has also commenced a targeted campaign to implement these instructions.

The Ekofish Group has been recommended to review its vessels’ risk assessments to ensure that it properly considers the risks of falling overboard and the loss or incapacitation of the skipper while at sea.

It is also being urged to put in place procedures to ensure it complies with the regulatory requirements for the reporting of accidents.

The MAIB has now produced a safety flyer highlighting a number of the issues raised in the investigation.

The flyer highlights the importance of minimising exposure to unfenced openings and adopting safe working practices.

It also demonstrates the importance of wearing lifejackets while working on deck and the benefits of conducting regular emergency drills.