Posted on January 5, 2016 by Velos Insurance

Practical Boat Owner: Sunseeker has announced that award-winning British actor Hugh Bonneville, and singers, The Overtones, will be their special guests at this year’s London Boat Show on Friday 8 January. 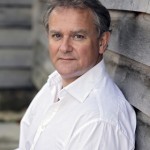 Hugh, who is best known for playing Robert Crawley, Earl of Grantham in the ITV period drama series Downton Abbey, will be opening the stand with founder, Robert Braithwaite.

Hugh said: ‘I am really delighted to be joining Sunseeker to celebrate the opening of their stand at the London Boat Show; particularly with the momentous launch of its 131 Yacht.’

The 2016 London Boat Show will run from 8-17 January at ExCeL, London Docklands.