Motorboat & Yachting: Poole-based yacht builder Sunseeker has revealed that it has been in discussions with Unite about the possibility of employing ex-Fairline staff. 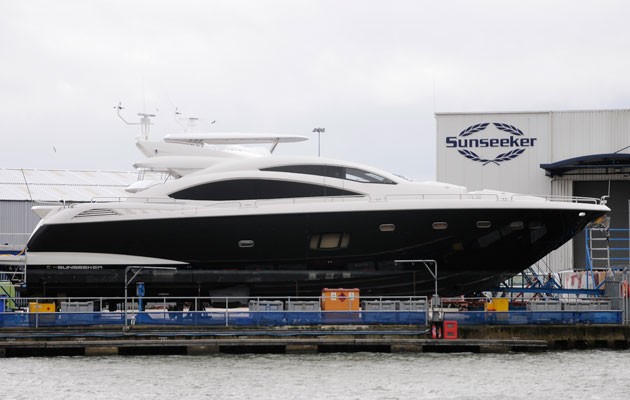 Sunseeker has announced that it is looking to expand its workforce by up to 100, leaving the door open for former Fairline staff to find new employment.

In a statement released this morning, Phil Popham (pictured above), CEO of Sunseeker, said: “With the introduction of a number of new boat lines in 2016 we are now looking to recruit up to 100 new skilled staff to support future growth.

“The vacancies we have created include many similar roles to those at Fairline Boats – covering all construction trades.”

He added that Sunseeker representatives have been in touch with union representatives at Unite to “see if we can… keep these valuable skills within the UK boatbuilding industry”.

Any workers making the jump from Fairline to Sunseeker would need to consider relocation due to the 160-mile distance from Oundle to Poole.

Sunseeker plans to kick off 2016 with its largest ever London Boat Show launch, with the 131 Yacht making its public debut at the Excel Centre on January 8.

The Poole-based boatbuilder recently revealed its financial results for 2014, which included annual losses of £41m.