Yachting & Boating World: An Australian gang member from th Brothers 4 Life was shot onboard a luxury yacht late on New Year’s Day after gunfire broke out near Sydney. 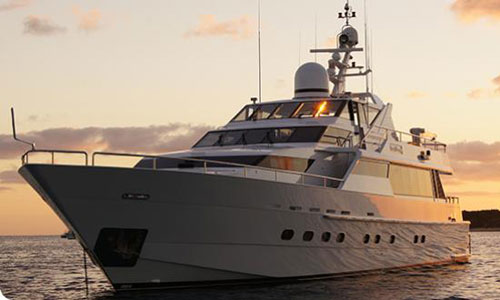 The 31-year-old was found at Bondi Beach with a gunshot wound to his shoulder at around 11.30pm on Wednesday but is refusing to cooperate with police investigating the incident.

A report by ABC News states that the 32m luxury yacht Oscar II was sprayed with bullets as it arrived at Rose Bay in east Sydney.

The gang member, who cannot be identified due to a court order, was taken to hospital but discharged himself soon after.

Local police said at least 10 shots were fired at the luxury yacht and bullet holes could be seen in a number of windows on the boat’s port side.

The cruiser, which can be hired for more than $2,000 an hour, has been seized and taken for further analysis.