Motorboat & Yachting: The 2015 London Boat Show has recorded a 4% rise in visitor numbers, reversing a four-year trend of falling attendance.

The 2015 London Boat Show saw a rise in attendance for the first time in four years, show organisers are reporting. The Excel Centre event welcomed 92,288 visitors over ten days, making for a 4% increase over 2014’s figure of 88,593.

Other key boat launches that took place at the show included the Fairline Shadow S and the Jeanneau Velasco 37F. Meanwhile industry giant Beneteau made its comeback after a four-year absence.

New features, old favourites
New attractions, such as an interactive wall of rain and an immersive 4D theatre experience, added to the appeal of this year’s event. Meanwhile, an old favourite, the Watersports Pool, attracted more than 1,000 visitors.

Visitors to the MBY stand were broadly positive in their feedback, with Aquastar owner Gavin Green praising what the organisers have done with the Excel Centre this year.

“Everybody lamented when it left Earls Court [in 2004], and said it’d lost it’s charm, but actually I think the world’s moved on, and with the internet, you don’t need to go to the boat show to buy pieces of string, as per the old days.”

Next year’s London Boat Show will take place at the Excel Centre from 8-17 January 2016. 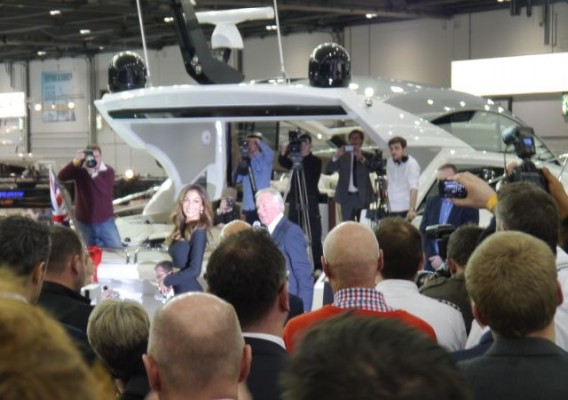 Sunseeker always pulls out the big guns for the London Boat Show and this year will be no different, with Nicole Scherzinger due to appear at the unveiling of the new Sunseeker Predator 57.

The former X-Factor judge is currently in London performing as Grizabella in the Andrew Lloyd Webber musical Cats at the London Palladium.
She will make the eight-mile trip over to the Excel Centre on Friday (9 January) for the midday unveiling.

Her fiancé, reigning F1 champion Lewis Hamilton, is believed to be a Sunseeker owner, although his off-season training regime makes a cameo appearance unlikely.

Nicole Scherzinger should have no trouble pulling in the crowds on her own though; having sold 54 million records with pop group The Pussycat Dolls.

Star appearances aside, key attractions at the London Boat Show include the world premiere of the Fairline Shadow S and the Jeanneau Velasco 37F.

Motorboat & Yachting: The RIB manufacturer has teased its latest product range, the Ribeye Prime, which will be launching at the London Boat Show.

RIB and tender manufacturer Ribeye has teased its latest product range, which will be unveiled at the 2015 CWM FX London Boat Show (9-18 January).

The Ribeye Prime series is an all-new product that has been redesigned from the hull upwards by Adam Younger. The company claims that they have taken a “no-compromise” approach and the result is “class-leading performance and reliability”. In a statement, Ribeye added: “Calling on 17 years boat building and feedback from 1000s of owners, we’ve combined advanced technologies and contemporary style to create a truly transforming RIB experience.”

Apart from that, details are thin on the ground, with no word on engine options, hull size or pricing. RIB fans should head to along to the Excel Centre Stand B412 for the unveiling. Advance tickets for the 2015 CMW FX London Boat Show are on sale now, with prices starting at £10 per adult for Monday 12-Wednesday 14 January.

Motorboat & Yachting: Sunseeker har confirmed its full line-up and the Sunseeker 28M will be the largest boat from the Poole yard to go on display at the 2015 CWM FX London Boat Show from 9-18 January.

The Poole-based manufacturer will be exhibiting eight vessels, ranging in size from the San Remo 485 to the Sunseeker 28M. Launched at the 2012 London Boat Show, the Sunseeker 28M is powered by a pair of 12-cylinder MTU engines that generate 2,000hp each, giving a top speed of 30 knots.

This news comes hot on the heels of the recent announcement that there will be a London Boat Show launch for the all-new Sunseeker Predator 57.

Other models on display at the London Excel Centre will include the Manhattan 55, Manhattan 65, 68 Sport Yacht, 75 Yacht and 86 Yacht. If placed end-to-end, these eight models would measure 566ft.

Motorboat & Yachting: Princess Yachts has confirmed the line-up of boats that it will be bringing to the Excel Centre in January for the 2015 London Boat Show.

In keeping with its status as one of the biggest names in boating, Princess Yachts’ London Boat Show line-up is packed with new models. The Plymouth-based manufacturer has confirmed that it will be bringing along ten models ranging in size from the entry-level V39 to the bespoke Princess 88.

Star of the show will be the recently launched Princess S72, which has its public debut at the Miami Boat Show earlier this year. Meanwhile, the Princess 68 will be on display at the London Boat Show for the first time, and the V48 Open will showcase Volvo Penta’s latest IPS engines. The 2015 London Boat Show runs from 9-18 January and advance tickets are on sale now, with prices starting at £10 per adult. 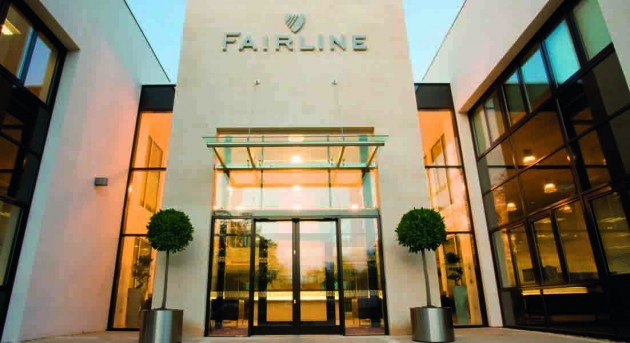 Motorboat & Yachting: RYA members can get £8 off tickets to the London Boat Show, where the RYA will be running its Active Marina Experience workshop.

With a little over two months to go until the 2015 London Boat Show (9-18 January), the RYA has started to firm up its plans for the Excel Centre boating extravaganza.

The boating organisation has confirmed that its members will be able to get an £8 discount on the standard and preview day entry price of £20 per adult. For 2015, the RYA will be exhibiting on stand D016, where showgoers can get advice and information about all aspects of boating.

Next year’s show will also see the return of the Active Marina Experience workshops, which offer top tips from expert instructors and a chance to refresh your boating knowledge. Finally, the RYA members’ lounge will also be continued, with the Platinum Suite offering an exclusive area for members to relax with a drink and escape the crowds.

Advance tickets for the 2015 London Boat Show are on sale now, starting at £10 per adult for Monday, Tuesday or Wednesday tickets. Under 16s go free and concessions are available for over 60s and group bookings.