Yachting Boating World: The Royal Welsh Yacht Club will offer guided tours to the public throughout September as part of the government Open Doors programme. 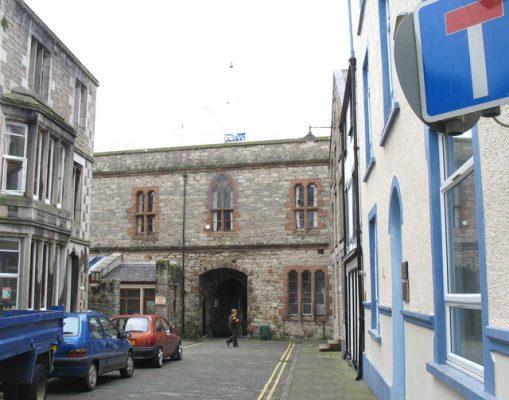 Established in Caernarfon, the Royal Welsh Yacht Club is the oldest in Wales.
Throughout September it will open its doors to the public with a series of talks and guided tours about its history and famous past members.

The RWYC was established in 1847 in Caernarfon under the patronage of the Dowager Queen Adelaide, the widow of King William IV. Its headquarters are situated in Porth-Yr-Aur (the Golden Gate), built around 1284 as the historic West Gate, or Watergate, of the walled Royal Town of Caernarfon.

The Royal Patronage was carried on by Albert Edward, Prince of Wales when he was only 18 years old, and confirmed by him when he acceded to the throne as King Edward VII.

The event is organised by Cadw and is part of the Welsh Government’s Open Doors programme.
More than 300 Welsh buildings will open their doors to the public and offer free visits during the month of September.

Talking of the Open Doors event, Commodore Barrington Powell said: “This is a truly remarkable club with a fascinating history and we are delighted to be sharing our story and giving visitors a rare glimpse of our yacht club, as part of this year’s Open Doors.

“We currently have over 250 members which shows that the Club is an important part of the local community. We are very thankful to Cadw for supplying us with a grant to renovate the club so it continues to thrive and bring in new members.

“Wales boasts a unique blend of historic sites, from fairy-tale castles to local miners’ institutes, all of which demonstrate our rich and diverse heritage.

“Through free access, unique events and special guided tours, there is plenty to encourage people to embark on adventures of their own this September.” .