Practical Boat Owner: Two men have appeared in court after Border Force officers seized more than a tonne of cocaine with an estimated street value in excess of £56million from a yacht at Dover. 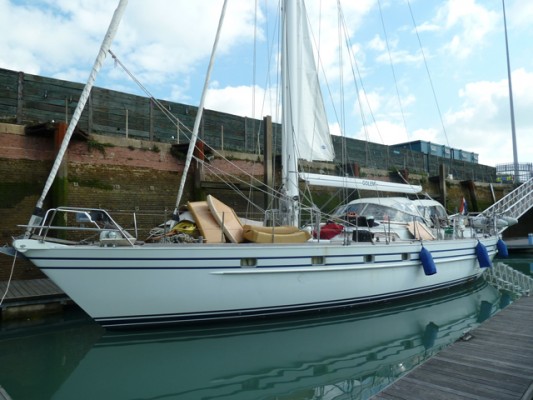 Practical Boat Owner: £56million of cocaine seized from a yacht at Dover

The yacht, Golem, was intercepted in UK waters off the Kent coast on 31 August by the Border Force cutter, Vigilant.  After boarding the yacht officers questioned the two Dutch nationals aboard and escorted the vessel into Dover marina.

The cutter officers, assisted by specialist colleagues from the Border Force National Deep Rummage team, then searched the yacht and found the 1,200 kilos of cocaine.

The two men, Hendrik Brugmans and Raymond Aalders were arrested and the investigation passed to the National Crime Agency who questioned the pair.

Brugmans, 68, who gave an address on the Caribbean island of Curacao and Aalders, 46, of Kesteren, Netherlands, appeared at Folkestone Magistrates Court on 2 September charged with drug trafficking offences.

Brugmans withheld his plea while Aalders denied the charge. They were remanded in custody and will next appear at Maidstone Crown Court on Friday, 25 September.

Sue Young, Border Force regional director said: ‘Excellent work by the crew of the Vigilant and officers from our specialist deep rummage team has prevented a huge amount of cocaine from reaching the streets.

‘Our fleet of cutters plays a key role in protecting the UK by intercepting and deterring shipments of drugs and other prohibited goods, as well as vessels operated by criminal gangs who attempt to traffic people into the country.

‘Working with the NCA we are determined to do all we can to prevent drug smuggling and put those responsible behind bars.’

Elaine Game, from the NCA’s Dover border investigation team, said: ‘This was an exceptional seizure.

‘At this stage the end destination for the boat is unclear, however given the amount recovered it seems likely that at least part of the shipment would have ended up back in Britain.

“Our investigation is continuing and we are working closely with European partners. We’re committed to doing all we can to disrupt and target the organised crime networks involved in drug trafficking.”

Anyone with information about activity they suspect may be linked to smuggling should call the smuggling hotline on 0800 59 5000.